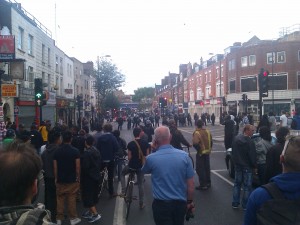 You make some good,interesting points. People who feel disempowered sometimes find ways to gain a sense of power, however truly meaningless that power may be. The use of social media to create “instant gangs” is appalling and frightening, surely drawing some people in who would not ordinarily participate. Please, everyone take care.

Sidewalks? What next; Feds?