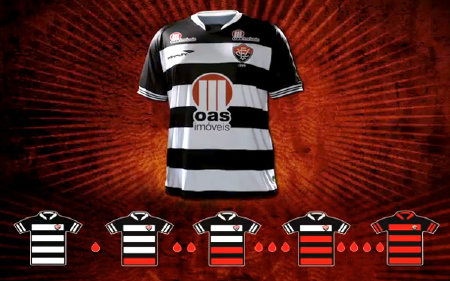 EC Vitória, a Brazilian football team is putting this question to the test. In an effort to encourage more people to donate blood, the team which normally sport a red and black kit have started wearing black and white. They’ll only have their red stripes returned once a certain amount of blood has been donated by their fans. Genius, right?