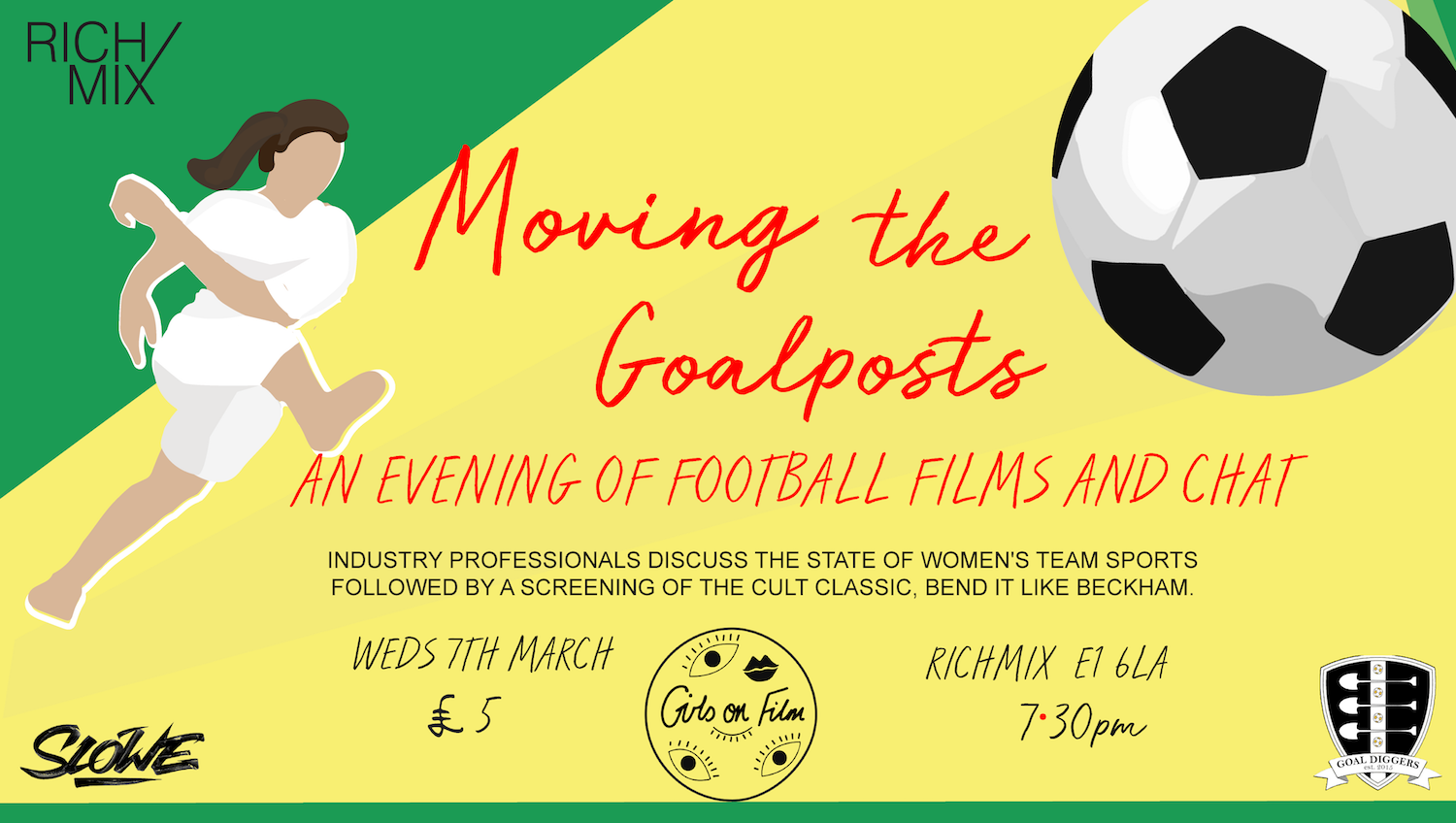 For International Women’s Day, the amazing folks at Girls on Film are putting on an evening of female football films, including the cult classic Bend it Like Beckham. There’s also a panel discussion where I’ll be speaking about the Laces, alongside documentary film maker Fleur Cousens who’ll be talking about her latest project Who Moved the Goalposts. Come along!