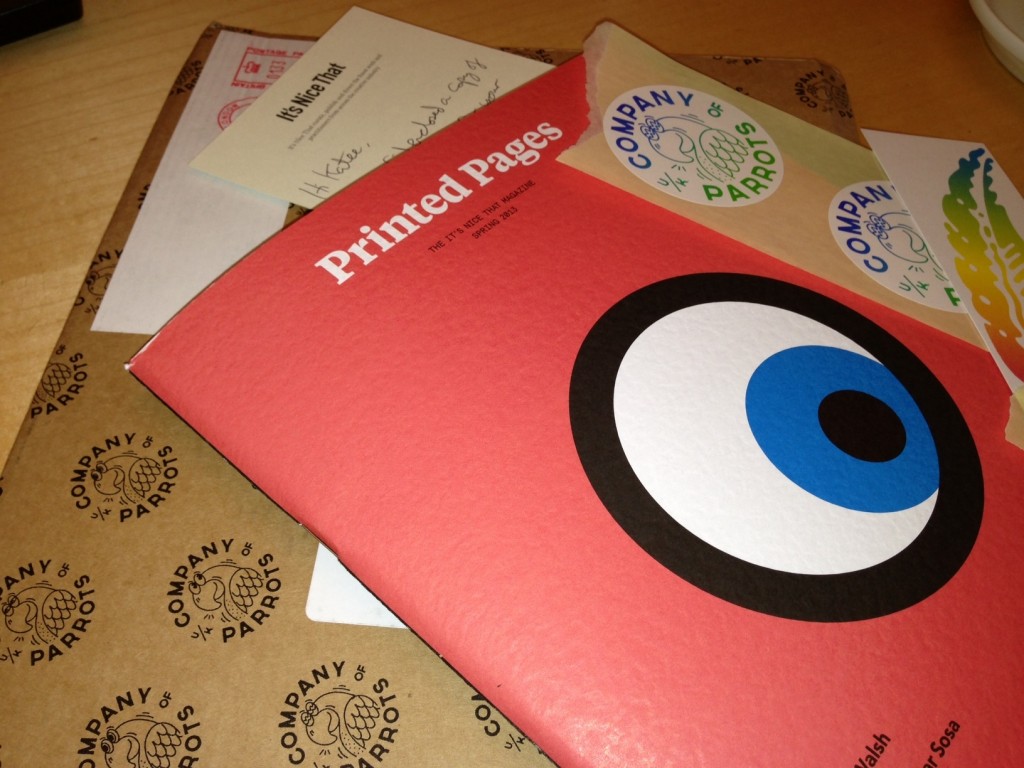 I came into work today to find the very first issue of It’s Nice That’s Printed Pages on my desk (thanks Rob!).

In a time where most publications are moving away from print in favour of electronic versions, It’s Nice That have moved in the other direction – and what a great move.

The content of their first edition is both very strong and very interesting. My favourite piece is about Jon Goode, the man who designed the children’s game Guess Who? What a legend. And what an amazing job to have had.

Digital has really changed the way we consume content, but also the rate and way that content is produced. Many iconic traditional print based publications, like Newsweek and Spin have opted for electronic only versions. It’s a really tricky thing shifting from print to digital. And it’s a very brave thing to do the opposite, like launching a new print venture, as It’s Nice That have done. In the Editor’s words, “We still believe in print”. I do too. And so do 88% of people in the UK, according to a recent study by Deloitte.

So if you’re in the 88% camp, have a look through of It’s Nice That’s Printed Pages (even if you’re not, have a flick through. It’s well worth it).