Sport England’s latest campaign to get more girls playing sport has completely hit the mark. This Girl Can takes an honest, unapologetic approach aimed at empowering females to get involved in physical activity.

END_OF_DOCUMENT_TOKEN_TO_BE_REPLACED 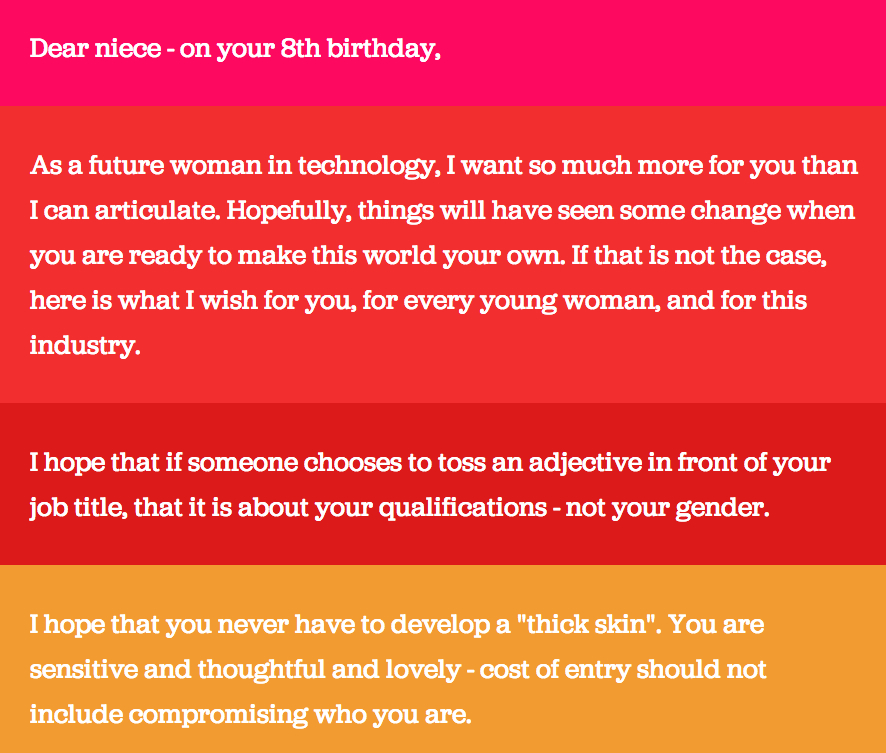 This is a letter by a woman (@bitchwhocodes) to her niece is filled with both frustration and hope. As I was reading it, I couldn’t help but replace the word ‘female developer’ to lots of other male dominated vocations: Footballer; Engineer; Pilot; Supreme Court Judge. And the message is still the same. Male or female, it shouldn’t matter so long as you’re capable of doing your job and you do it well.

END_OF_DOCUMENT_TOKEN_TO_BE_REPLACED

I’ve been incredibly lucky to have sport in my life. I’ve also been lucky to have a really supportive mum (and aunt) who drove me to practises and games, made sure I had the right equipment, nutrition and encouragement. I’ve also always been given the opportunity to play. Where I grew up, there were more sports activities taking place than I had hours in a day. And I had equal opportunity to play. Yet, in so many other places, both in Canada and in the world, this is not the case.

END_OF_DOCUMENT_TOKEN_TO_BE_REPLACED