Every project is different in terms of what’s needed for insight, so I like to capture and share ones I have used recently in case others find them helpful. Here’s a little roundup of ones from this week:

Connected Life Report – The content of this annual report isn’t as interesting than the data comparisons that you can do. If you explore year-on-year differences and geographical comparisons, there are a lot of nuggets (like Brits use ad blocking more than any other geography)

Similar Web – Handy for all those times you *wish* you had access to a client or competitors Google Analytics. Using a combination of sources, including partner website data and open source data, you can get a snapshot of how a website compares to others and other helpful data like referral sources and ad effectiveness.

A Visit from Alex Scott

Alex Scott has long been a hero of mine. The number of barriers she’s smashed through in football, in media and in her life is remarkable. So you can imagine the sheer giddiness I felt when she came along to Laces to surprise the girls (one her day off which I might add, making her even more of a legend).

Thank you so much to the Female Lead for making this happen.

Warm up to the World Cup

At Laces this week Portia Ferrari and Glamour magazine to share what life is like as a female footballer and being in the team. The interest in women’s football ahead of the World Cup is growing, and it’s so exciting.

Last week I went to a fabulous event, put on by The School of Research and my friend Charlie Tims. For the past year, Charlie has been working on a project with A New Direction’s Biggest Learning Opportunity on Earth programme (Biglop), which brings together artists and cultural organisations with schools across London to explore the London Olympics and Paralympic Games.

The aim of the project was to look at what the Olympics means to young people in London and to use creativity to explore historical, cultural, social and economic value of their city. Here’s a lovely video that shows some of the kids’ findings.

I think this programme is ace. (I even asked Charlie if I could have his job. He said no). With all of the Olympic ticketing scheme drama, huge commercial sponsorship deals, doping athletes and massive infrastructure overhauls in host cities, the Olympics feels really far removed from the community, especially young people. What the Biglop is trying to do is engage with kids to inspire them to be creative, curious and involved in the games and the city in which they live.

Another really cool part of the night was learning about the Olympic truce. The Olympic Truce “calls upon humanity to lay down its weapons and work towards building the foundations of peace, mutual respect, understanding and reconciliation”.  It dates back to the 9th century BC, in Ancient Greece and asks for people around the world to be free to participate and travel to and from the Olympics in peace. Sadly this truce hasn’t been observed since 1993.

Embarrassingly I didn’t know such truce existed. The first I heard of it was via Lord Bates on a pre-recorded Skype call at the event.

Lord Bates is a man who believes so deeply in the need for the truce to be honoured that he is walking from Athens all the way back to London. He’s walking 3,000 miles in order to gain support from other world leaders and the public to honour the truce once again. Crazy inspiring.

I’ve never lived in an Olympic host city until now. I came quite close for the Vancouver winter games but left just as the construction was beginning. Now with London 2012 only one year away I hope for two things:

1. The Olympic Truce is honoured (You can show your support here).

2. That there will be loads of opportunities for young people – and anyone – to get involved and aspire to be good at something.

The New Kid on the Block 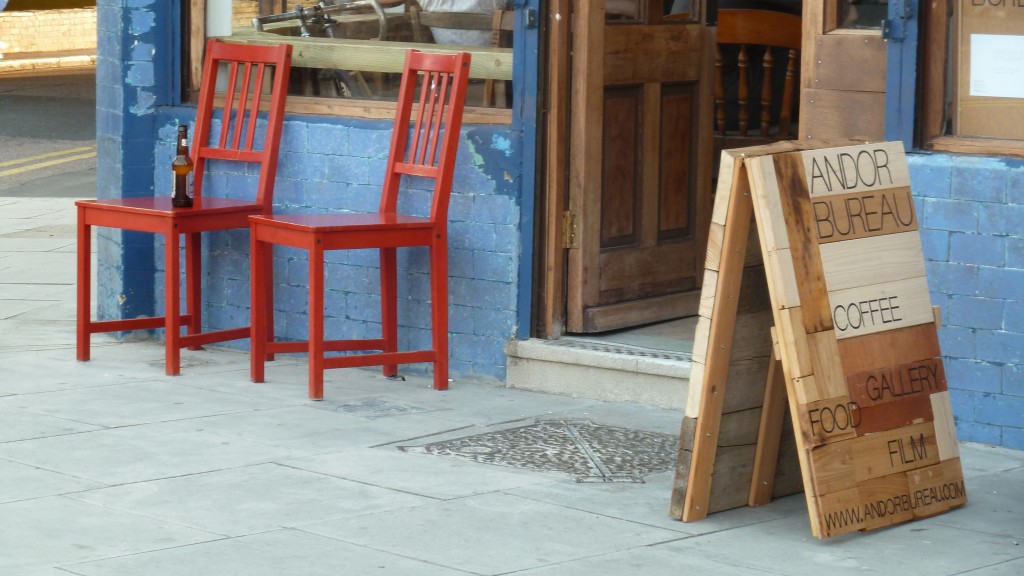 Last night saw the launch of the Andor Bureau, a new cafe and gallery space on Mare street, just beside the canal. Replacing Eddie’s cafe, the greasy spoon that used to occupy the space, Andor is really a nice addition to the area. 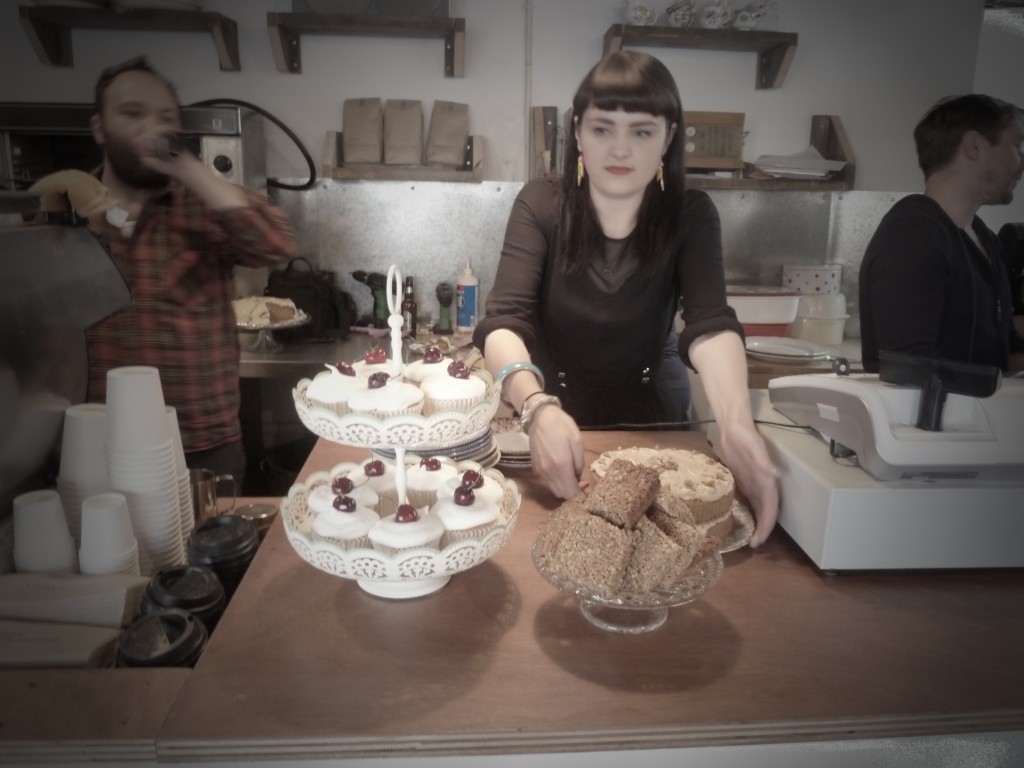 What should one expect from Andor Bureau? An array of different art exhibitions, film screenings and events, in addition to locally sourced food, Mommouth coffee and lovely homemade cakes. 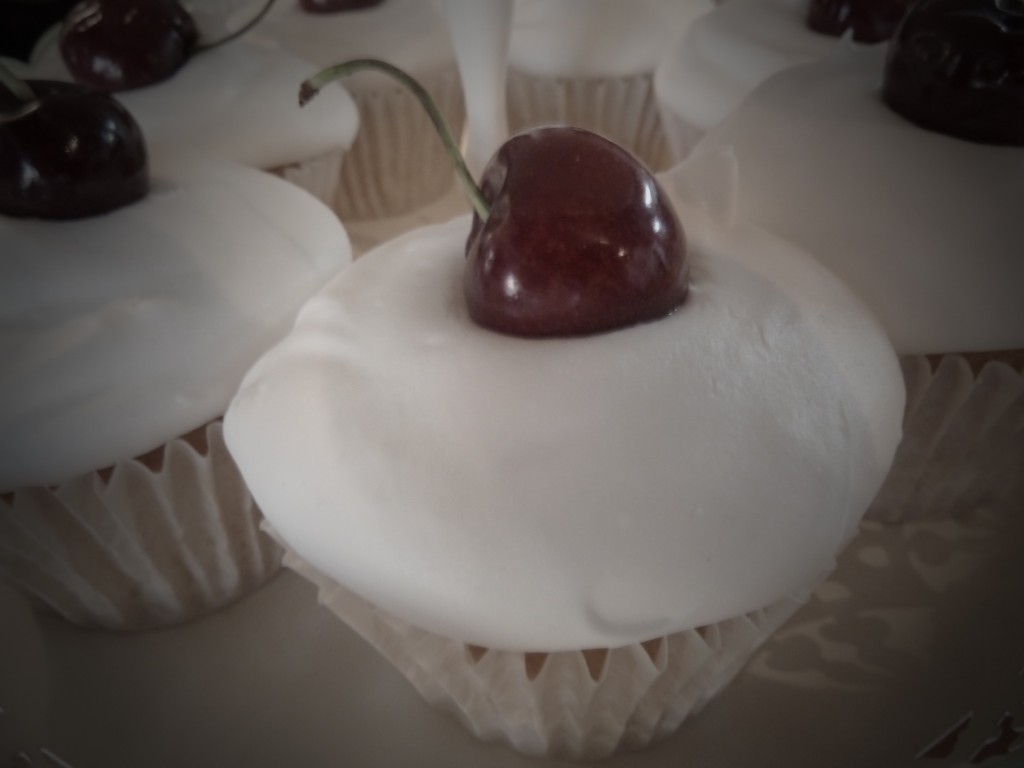 Also, I hear the chef they have lined up is pretty good to. He might just be my other half. Ignore the bias and go check it out for yourself. 3 Mare Street, E8 4RP.

UPDATE: Timeout did a little review on the cafe. You can read it here.

A Little Gem In The Heart Of Dalston

Last week I went to the Print House to meet Les, from East London Food Access project (a fabulous organisation) and have a chat about work related things. I spent waaaaaay to much time there, one, because Les and I couldn’t’ stop talking and two, because the building is such an exceptional place. 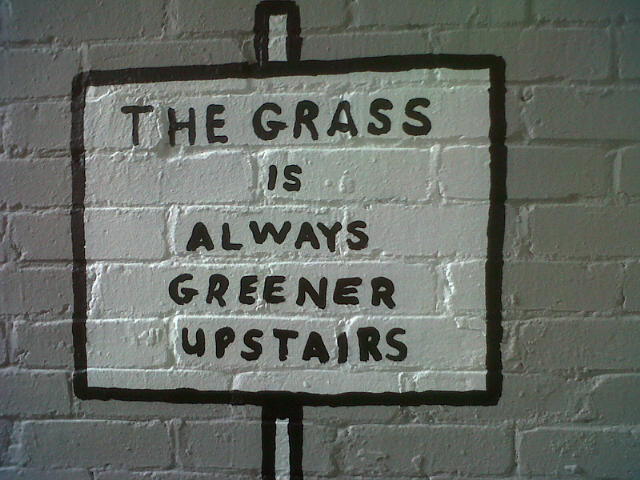 Loveliness in the stairwells … 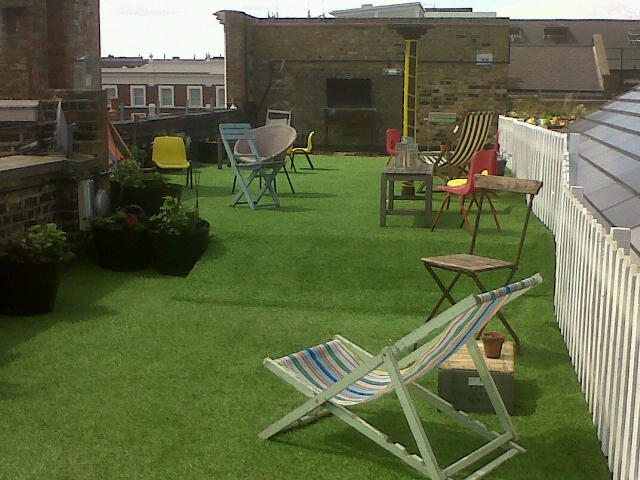 and a place to chill out on the roof. 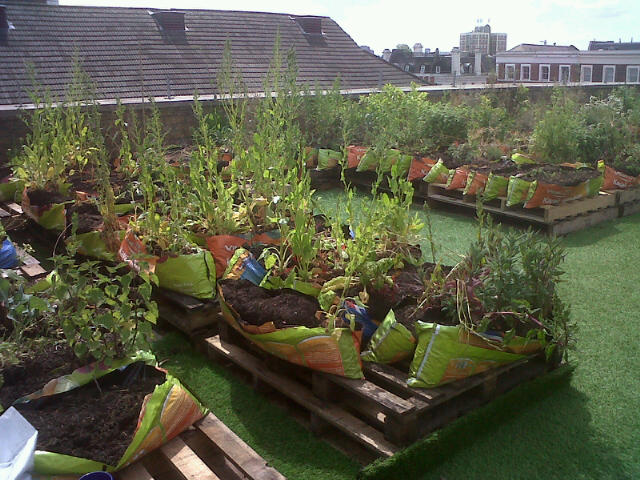 Solar panels on the roof … 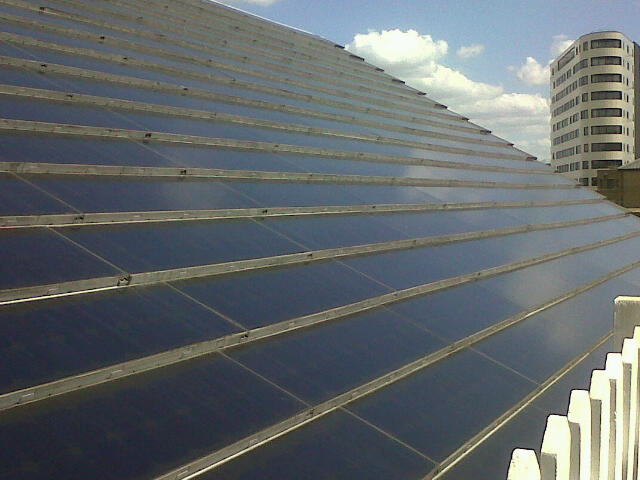 and the energy meters monitoring and displaying usage. 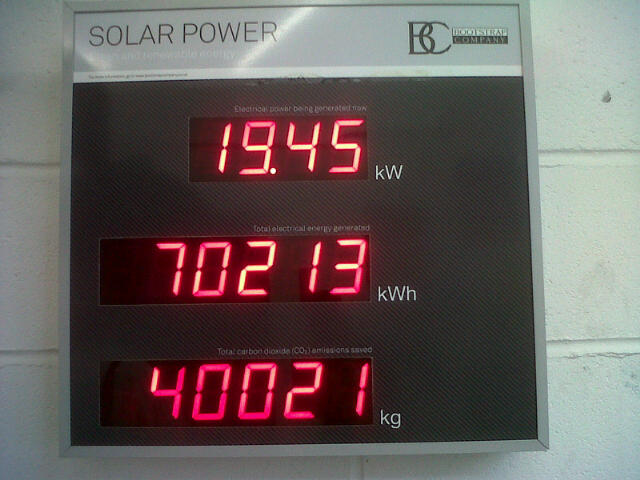 Upon leaving I found out that the space, known as Dalston Roof Park and run by Bootstrap Company has loads of events on including vintage clothing sales, gigs and parties. And flexible working spaces too!

If you’re ever in the Dalston area, poke your head in. It’s a really nice space.

Today is World Water Day. For the 17th year running, it’s all about raising awareness of the importance of water and seeking out new ways of making sure it’s accessible and protected as a resource.

Enjoy this beautiful video made by Pilgrim Films for World Water Day. Watch it and pass it on.

Ethical Fashion in the Age of Austerity 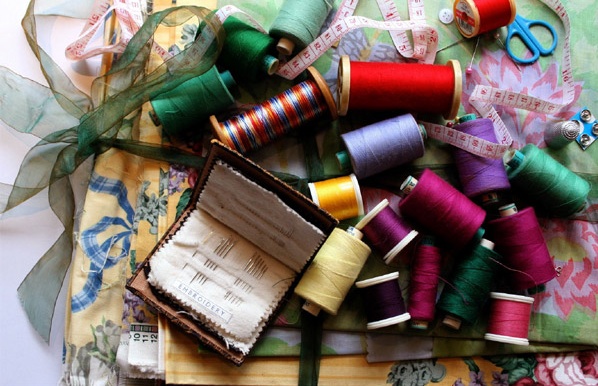 Last night, I popped into the Museum of Childhood in Bethnal Green to check out an event hosted by Papered Palour, called “Ethical Fashion in the Age of Austerity. The evening was full of live workshops, great speakers, loads of activities and plenty of craft stalls. Such a brilliant night.

Making and mending are increasingly growing as a trend in the fashion and consumer goods world. Instead of buying cheap things, there’s a move towards buying sustainable, long lasting, adaptable and mendable things. Things that don’t cost you or the earth.

Make and mend are two words that have a lot of meaning to me and my family. Growing up my mum made everything. I’m talking about EVERYTHING. Christmas presents, toys, clothing, curtains, sometime curtains turned into clothing (yes, just like in the Sound of Music). My sister on the other hand, inherited the ‘fixit’ gene, and whilst my mum can make anything, my sister can fix anything. She was only 2 years old when she figured out single-handedly how to removed the bathroom door from its hinges. Terrifying.

And then there’s me. I think I’m more of a maker. And, last night at the Museum of Childhood, I was reminded of the satisfaction and pride you feel when you make something. And I decided that I’m going to continue to make things on a regular basis from now on.

Check out this wallet I made from an old apple juice tetra pack, thanks to instructions from The Otesha Project UK. 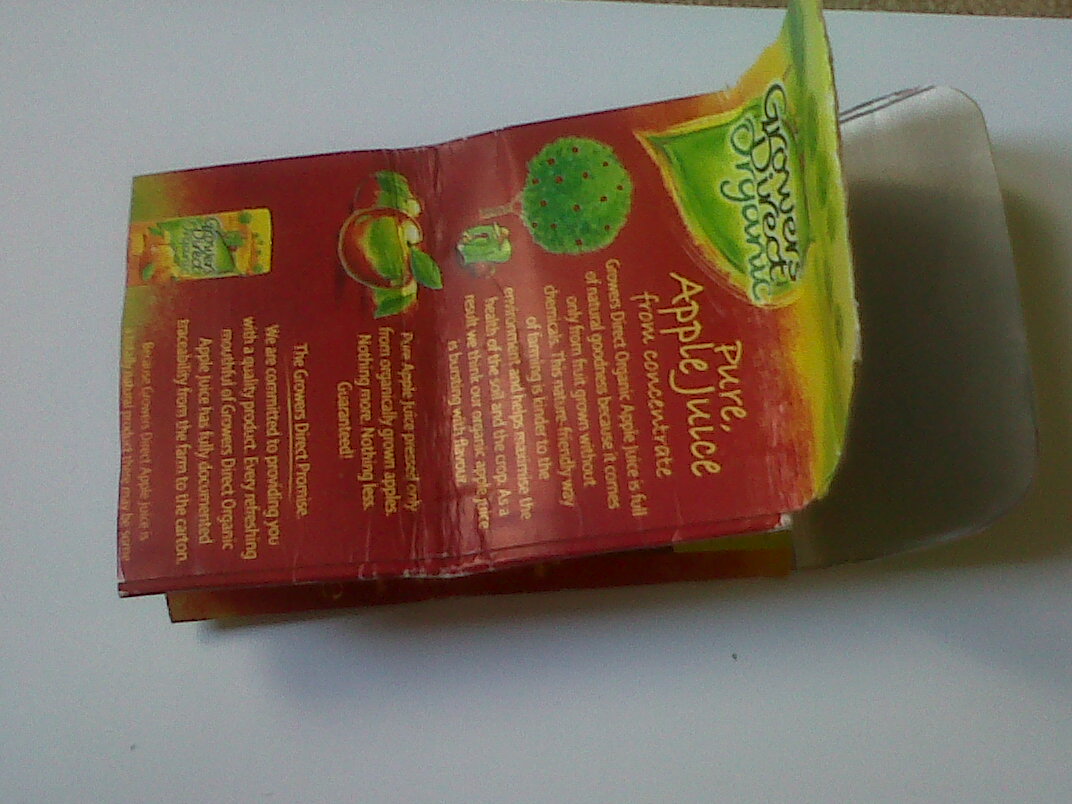 Then a few folds later: 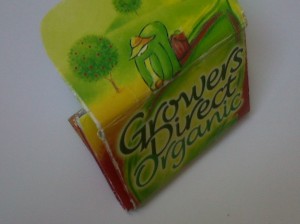 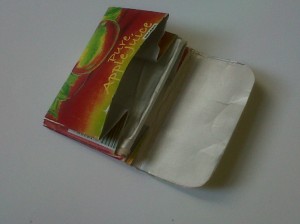 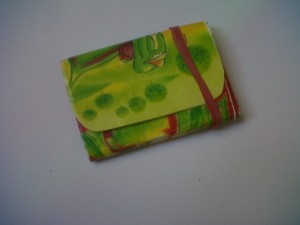 This is *probably* one of my all-time favourite Green Thing videos. It’s beautiful to watch and the message is spot on. Cuddle someone you love. It’s nice, makes you happy and most importantly, it’s a great way to stay warm. I’d pick human heat over central heating any day!

Spotted on the High Road

Ah, how funny branding can be. It’s all in the name. Here are a few jems I spotted while out and about last week. 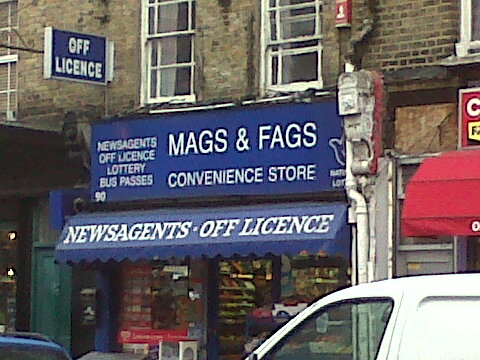 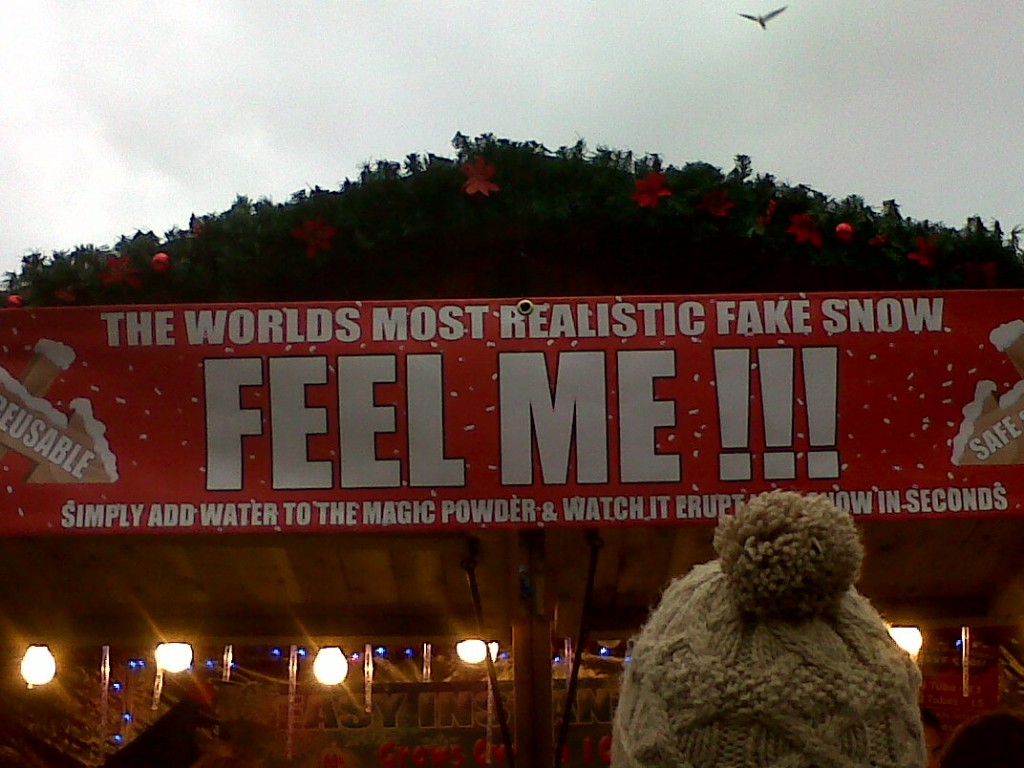 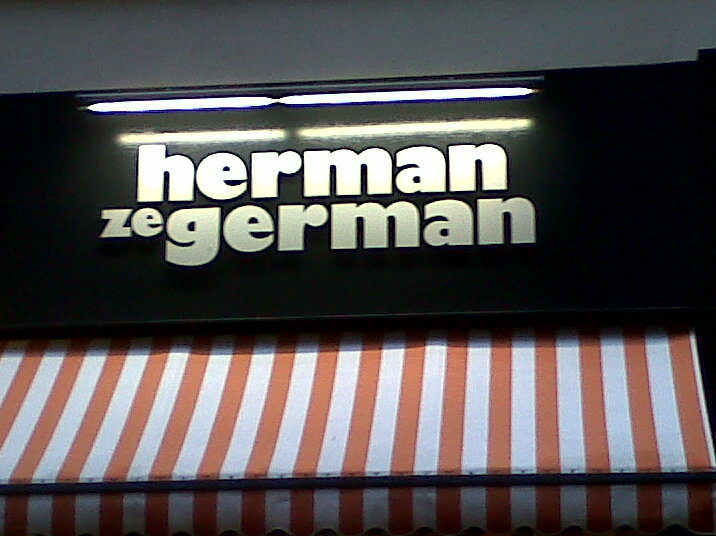